Looking back at the 2008 Carnival I'm sure you will agree that our Carnival just goes from strength to strength. What a community event. Right up until the Day itself I thought we would all get very wet - how wrong I was. We need a little while longer to calculate how much was taken but it looks to be around £11,000 - another remarkable achievement - well done everybody.

All the results will be found elsewhere in Focus and so it is my pleasure to thank all those that attended, all that decorated their houses and all those who gave goods, time and cash to ensure the Carnival's success. Thanks also to the Right Revd Graeme Knowles, Dean of St Paul's Cathedral for opening the event and for judging the floats.

We had some fantastic prizes in our Fairy Tales Carnival and here are details of just some of the lucky winners. You can find much more information and see our huge range of photos of all the fun on our carnival website on www.stmarysvillagecarnival.com

Best Dressed House: An excellent range of brilliant entries and the winner for Eaton Bray was 31 Moor End with a special mention for the 3 shops which joined in. The winner for Edlesborough was 5 Pebblemoor and in 2nd place, 16 Brownlow Ave

The Organising Committee of St Mary's Village Carnival, held on 5 July, are pleased to announce that it has distributed some £11,750 among local organisations and good causes.

As usual, the primary beneficiary of the Carnival has been St Mary's Fabric Fund, with a substantial donation made to East Anglian Air Ambulance. In addition, the following local organisations are among those who have received donations from the Carnival funds this year:

In addition, donations have been made to eight other organisations - a mix of organisations who provide invaluable support to the Carnival and national charities.

Furthermore, many local organisations had stalls at the Carnival and it is estimated that, between them, they have raised at least as much again, so from Carnival more than £30,000 will have flowed back to support the activities of our villages. My thanks to everyone who helped make this possible. 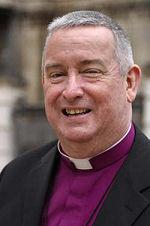 Graeme was born in Woburn in 1951. His parents, Grace and Stan Knowles, lived in Westfield Road, Dunstable, for the whole of their married life. After school at Regent House and Beecroft County Primary, he went to Dunstable Grammar School from 1963 to 1970.

The Priory Church in Dunstable played a vital part in Graeme's formation. Having joined the church choir aged 8, he was soon capturing the unsuspecting visitor and giving them a full, and sometimes rather lengthy, tour of the building! It was here, too, that successive curates and rectors fostered his vocation to the priesthood. But it was at Edlesborough where Graeme, still a teenager, preached his first sermon and at Eaton Bray School, where Graeme's father, Stan, was head teacher. It was also at church that he met Susan, his wife, then a member of the Priory congregation and a teacher.

After college in London and Canterbury, Graeme was ordained to a curacy in Broadstairs. This was followed by jobs in Leeds and Portsmouth, before he was made Archdeacon of Portsmouth in 1993. In 1999 he was made Dean of Carlisle. 2003 saw him moving to the Isle of Man as Lord Bishop, where he was also, by virtue of his office, a member of the island's parliament, the Tynwald. Since October 2007 he has been Dean of St Paul's Cathedral in London. 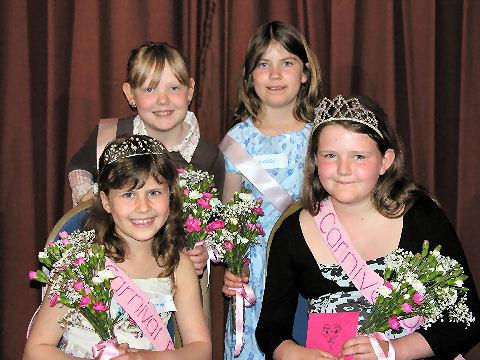 We are pleased to announce that, this year, High Street Hair of Eaton Bray will style the hair of the Queen, Princess and attendants. We would like to thank them for their support of the 2008 Carnival.

If you are aged between 8 and 13 and are either in the congregation of St Mary's Church or you live in Edlesborough, Eaton Bray, Dagnall or Northall, you might like to be chosen next year.

If so, application forms will be available from Yvonne Ranson.

The results were as follows. More pictures are available from the Carnival 2008 Gallery. 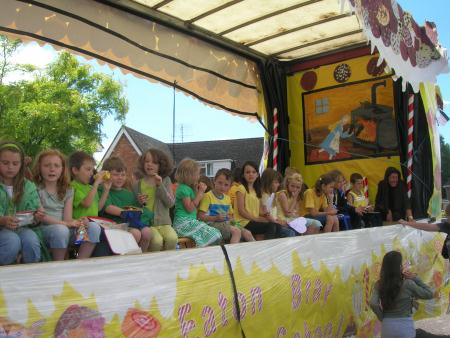 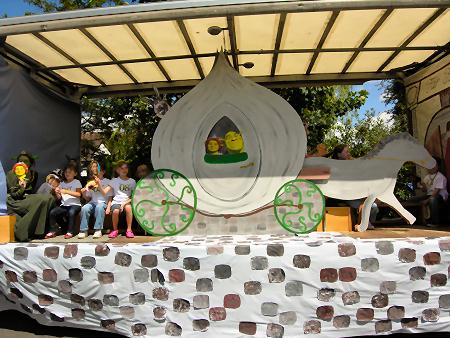 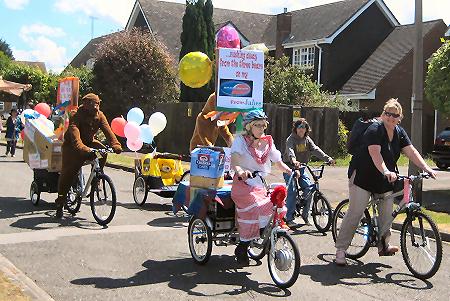 Every year more and more people along the Procession route decorate the outside of their Home so helping us all get in the Carnival mood.

Prizes were awarded for one house in Eaton Bray and one in Edlesborough on the route of the procession as follows: 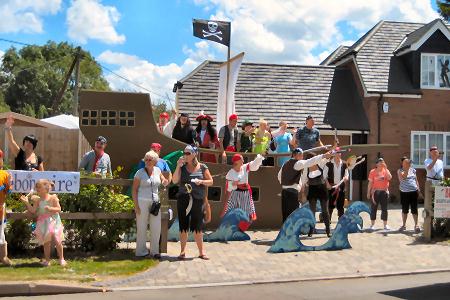 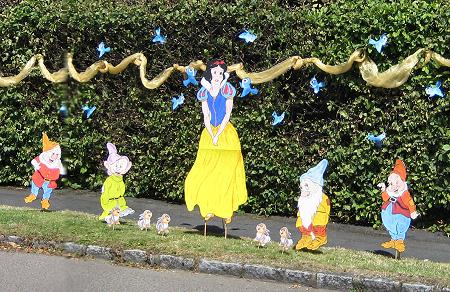 More pictures are available from the Carnival 2008 Gallery

Another wonderful Carnival Day - and despite all our fears engendered by the weather forecast, bright, sunny and extremely windy, so much so that our gazebo was blown down, and the gazebo for the Plant Stall next to us as well!! Hey-ho, that's Carnival! Dilemma, do we stay on our drafty corner where we have been almost blown away for so many years, or do we move - but then NONE OF YOU WILL BE ABLE TO FIND US!! No, we will brave the elements just to meet again all the wonderful people who supported us this year at the Fete. However, the Grand Draw would not be so successful without the support of so many generous sponsors, and the support of all those many people who sell tickets in advance. My sincere thanks to them, and my usual loyal team, Norman, Deirdrea and Gaynor.

If you would like to donate a prize to next year's carnival, please contact the Carnival Committee.